The Selma Police Department is committed to fairness, compassion, and excellence while providing police services in accordance with the law and remaining sensitive to the priorities and needs of the community. 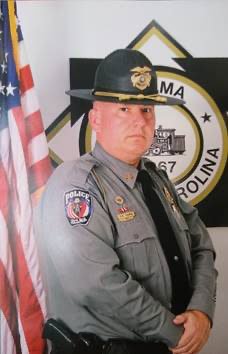 A Message from the Chief

The Selma Police Department is proud to be a leader among law enforcement agencies in Johnston County. We believe that we contribute to a greater quality of life by protecting the people and property in our community. Our work towards decreasing crime should encourage you, as a citizen or visitor, to feel safe and well protected in Selma.

In my years working with the Selma Police Department I have seen many changes and advancements within our Department. It is with much pride that I commit myself to continuing the patterns of growth and success through the coming years. My Department is proactive in that we are working to stop crime before it starts. With the recent implementation of a Community Policing Program, our Officers are meeting more people in the community, establishing a high level of trust with residents, and presenting themselves as an essential presence in the ongoing activities of the Town of Selma.

My position is one of service to the community. If there are needs you see that are not being met by the Police Department, please let me know. If there are services that you would like us to offer, call me so that we can discuss the options available. My goal is to lead a proactive Department that is a vital part of the community that it serves. 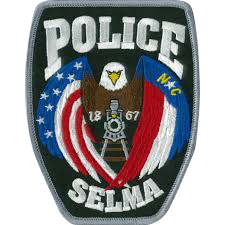 Whether you’re a driver wanting a copy of your accident report, an attorney or insurance agent searching for details of an accident on a report, or a reporter looking for information on a recent crash–you can view or ask for a copy of a report by coming to the Selma Police Department Monday through Friday, 8 a.m. to 5 p.m. We’re located at 1200 S. Pollock Street in Selma, North Carolina. It’s important you know the date, time and report number if possible.

If you’d like more information or have questions about police reports, please contact the Selma Police Department at (919) 965-8189.

This division consists of sworn officers who answer calls for service which come into the Johnston County Emergency Center. These officers are on four different patrol squads. Each squad consists of four officers: one sergeant,one corporal and two patrol officers.

The K-9 Unit of the Police Department maintains one dog teams which consist of a handler and K-9. This is a uniformed position which includes specially marked police vehicles. Along with general patrol duties, the K-9 Officers provide building searches; evidence and suspect searches; tracking; and narcotic detection. The K-9 Officers also serve a community education and outreach role by making public appearances with community groups.

The Investigative Division of the Selma Police Department is responsible for narcotics, juvenile offenses and gang investigations and prevention. The members of this division work closely with other agencies to obtain intelligence, which assists all involved parties.

The Selma Police Department is providing a program designed to give teenagers, citizens, and business owners a chance to develop a positive understanding of what the Selma Police Department does by learning first-hand how it’s done. This innovative plan will be a collaboration between the teenagers, citizens, business owners, and police that will identify problems, generate community-oriented solutions, and build the kind of trust that will eliminate the “us & them” syndrome, thus creating a more unified community.

Classes for this free 7-week Academy will be held every Tuesday evening at the Selma Police Department on Pollock Street. The class will begin at 6:30 p.m. and end at 8:00 p.m. The Police Department is offering this course once a year.

It is the policy of the Selma Police Department to encourage community interest and involvement in the law enforcement process and to allow reputable citizens and students to ride as passengers/observers in Selma Police Department vehicles for legitimate civic or educational purposes. Participation in the Ride-Along Program is limited to residents, employees and occasionally those who may apply for consideration for a special purpose, i.e., students, visiting law enforcement employees, and dignitaries.

Jimmy Norris is the Town of Selma’s animal control officer. He is a part-time employee who works only 20 hours a week. His normal schedule is 8:00 a.m. to 12:00 p.m. Monday through Friday. He can be contacted through 911 or at the Police Department (919) 965-8189, during his working hours. If you experience an animal-related issue at any other time, such as a vicious or rabid dog, call 911 and the dispatcher will contact a police officer or an on-call police officer with the Johnston County Animal Control Department.

Serving your community as a Law Enforcement Officer is a great responsibility and a great opportunity. Town of Selma Officers are held to a high standard and are proud of their roles in the community.

Link to: Get in touch

Follow the Town of Selma for News and Updates

Business Hours:
8am to 5pm, Mon–Fri